Life Is A Highway - Exploring The Great Barrier Reef Drive

In this day and age, driving for leisure feels a little bit like taking an extra slice of cake, openly liking Big-Macs or secretly disliking Game of Thrones - one of life's guilty pleasures. If you're going to go all out, pulling the top down, cranking up the tunes and donning the Ray-Bans, the journey needs to be as important as the destination. For the petrol heads among us, there's already a bucket list, in Australia - the Great Ocean Road across the south, The Lasseter Highway to the north, and the bendy one in Tasmania. Now we can officially recognise another tarmacadam icon, the newly titled Great Barrier Reef Drive. Just trying to describe it without sounding like a tourist brochure is impossible, a ribbon of bitumen delineating the join between rainforest and the Coral Sea winding with the beach and coastline for nearly 150 kilometres. Green and blue separated by a line of black and white.

The route follows the Captain Cook Highway, in itself invoking a spirit of pioneering adventure. The highway stretches from the picturesque northern beaches of Cairns through the famed fishing village of Port Douglas to the sleepy provincial drawl of Mossman. From there, it changes identity from Captain Cook to become the Cape Tribulation Road, leaving the coast for rolling farmland and plunging not briefly into the heart of ancient jungle then emerging, blinking as Dr Livingston might, out at the unspoilt beach, sparkling Coral Sea and Great Barrier Reef beyond, at the cape itself.

There is a kind of cartographic contradiction to this region. Low set mountain ridges and steep escarpments extend almost to the sea then quickly divert inland, making room for flatlands of agricultural fertility. To the east, the Coral Sea, set to a permanent default of sparkling turquoise, punctuated by the world's most famous reef as it manifests upward in the form of frequent islands and cays. There is a pre-historic atmosphere created as the roadside follows a seemingly deserted beach nudging up to the ancient rainforest of as you travel further north. It's an easy stretch of the imagination to picture a cassowary or one of its Jurassic brethren breaking cover from the canopy of ancient ferns and thick flora. This is still, and likely to remain, a remarkable part of the world, hence its status as a UNESCO World Heritage area with all the breathtaking expectation and ongoing protection that this bestows.

The airport itself delineates the northern boundary of Cairns as a city where vehicles of all sorts are easy to rent from the extremes of ragtop Mustangs to fully equipped four-wheel-drive off-roaders. This is a city that understands that the journey is as important as the destination. Not far outside of Cairns is the somewhat ubiquitously named Northern Beaches – an area that sees the first of the highway's many scenery changes. As the commercial landscape of the airport drops away to reveal a more coastal aspect. It is here, set just off the road, some 15 or so minutes from Cairns, nestling at the base of rainforest covered hill sits the Tjapukai Aboriginal Cultural Park. The Park boasts Australia’s most accessible venue to experience authentic Aboriginal culture. It not only provides insight into the local history but also a fascinating glimpse of 40,000 years of Australian human activity.

The road beyond the palm-tree lined village of Palm Cove winds in such a way as to keep a driver alert! There are many prominent stopping points, including the Rex Lookout that shows off the splendid ocean view, which even from the vantage point of your vehicle is inescapably tropical.

Another inviting stop close by Rex Lookout is Hartley’s Crocodile Adventures. There is a Far North legend of a former crocodile farmer who was missing a hand due to a feeding accident. I wasn’t able to substantiate this, but there is no escaping this ancient reptile species can jump with a predatory precision belied by their huge size and frequent lethargic basking. If Hartley's is your only opportunity to see these beasts, it should not be missed. Hartley’s is well organised and educational and is not only a home for crocs but also a huge number of Australian indigenous wildlife, and offering a number of hands-on (or maybe hands off) experiences including breakfast with koalas and croc feeding.

The next major right turn will take you toward the main access road to Port Douglas, a tropical oasis of a town. The drive in is lined either side with palm trees and the town dotted with luxury and boutique accommodation, some which border the rather spectacular sands of Four Mile Beach, a beach which stretches undisturbed and often deserted as far as they eys can see. Port (as the locals call it) is like a miniature distillation of the best end of a large city. The Crystalbrook SuperYacht Marina hosts many a luxury liner and a range of reef and fishing charters. This is a town where everything is a short walk apart and is an ideal break on the highway to be fed and pampered or for a pleasant overnight or five.

Heading out it is a short hop up the highway to Mossman, a gentile country town which owes its existence mainly to the sugar trade and a little bit to the gold rush. Its pace is slow but solid and like many of Australia's country towns, it holds the energetic nostalgia that unchanging historical focus of agriculture brings. A trip through Mossman would not be complete without the short drive inland to Mossman Gorge - a striking feat of erosion and geology when left alone for 140 million years. Strewn with smooth worn granite boulders and garnished with a soundtrack of babbling brooks and bright flowing water, the Gorge provides a perfect place to ramble away from the confines of one's car for an hour or an afternoon.

Once passed the simple delights of Mossman the highway continues to plough on through farming country as it heads north until the road divides. The fork is left toward the Daintree Village and right to the Daintree River Ferry and Cape Tribulation. The Daintree Village was settled in the 1870s as a base for timber cutters it once serviced only by the river. Now accessible by sealed road, the village hosts cafes, craft and a chance to arrange sightseeing river trips. River trips offer a rare opportunity to see the indigenous flora and fauna from a different, water-based perspective, and of course, the popular highpoint of experiencing crocodiles in a wild setting. The Daintree Village is also the start of the (in)famous CREB track, a road designed to link the Daintree to Wujal Wujal and the sacred Roaring Meg Falls, and excite and challenge 4WD enthusiasts from all over the country. In dry conditions, the CREB track is steep and rough; in wet conditions it becomes almost impassable. For anyone attempting the CREB track at any time, it's always wise to check with the Douglas Shire Council's homepage - because of the hazardous conditions, Council may temporarily close the track without warning.

Backtracking to the turnoff and heading to the ferry gets you on the highway, on the way to Cape Tribulation. Once across the river, the open landscape all but disappears, obscured by a dense, ancient rainforest canopy. In this area of the national park, the trappings of human infrastructure become sparse. From the north shore of the ferry crossing, the road travels only for another 35km past the Alexandra Lookout to Cape Tribulation. The Cape is a worthy termination, providing the visitor with ample opportunity to walk through the ancient rain forest and stroll, often without company, on open expanses of sandy, secluded beaches.

Officially the Great Barrier Reef Drive finishes at the Cape Tribulation, however, for the confident or brave the Bloomfield Track extends the journey another 100km on to Cooktown. To fully enjoy the diversity of travelling the Great Barrier Reef Drive it is recommended to set aside at least a couple of days and plan at least one overnight. Although it is possible to take much longer and still have plenty to do and see. 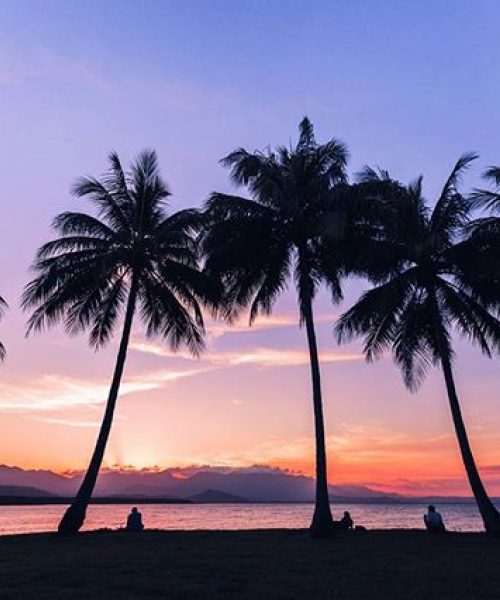 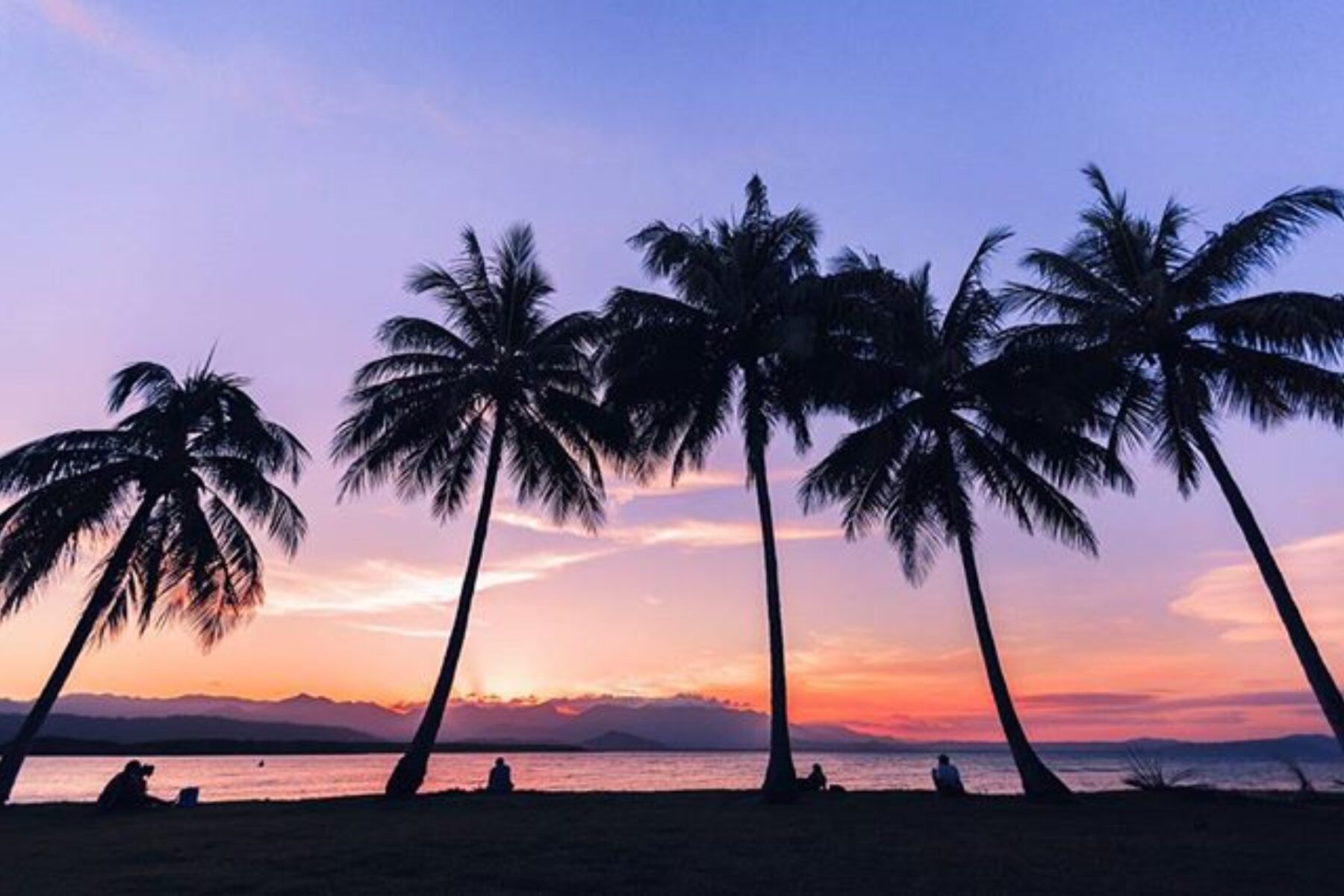 The Most Instagrammable Spots in Port Douglas Daintree 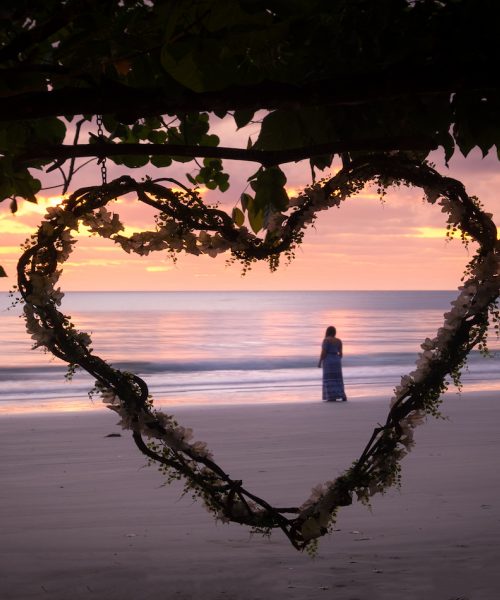 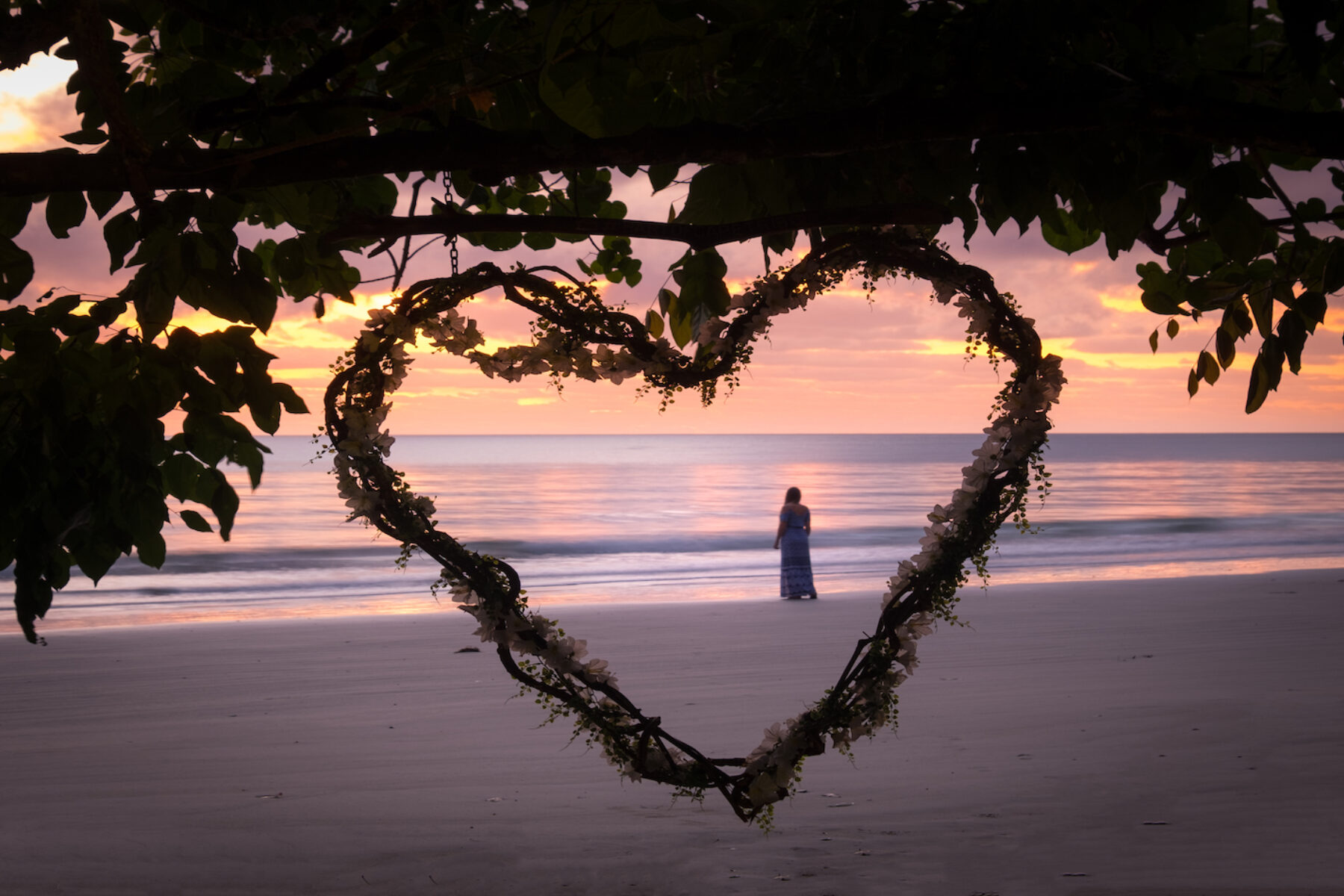 10 Reasons Why You Need to Visit Port Douglas & Daintree 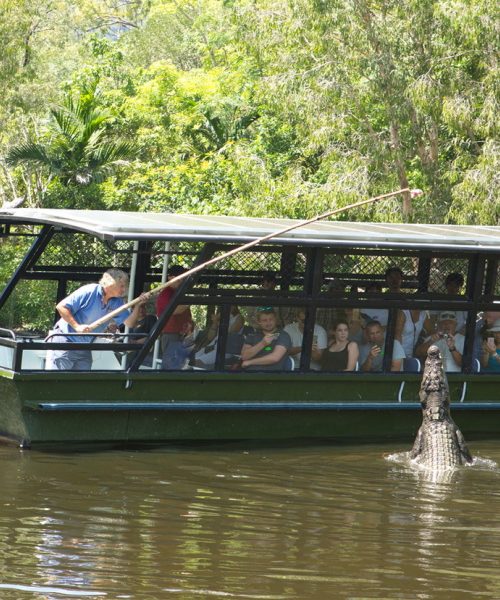 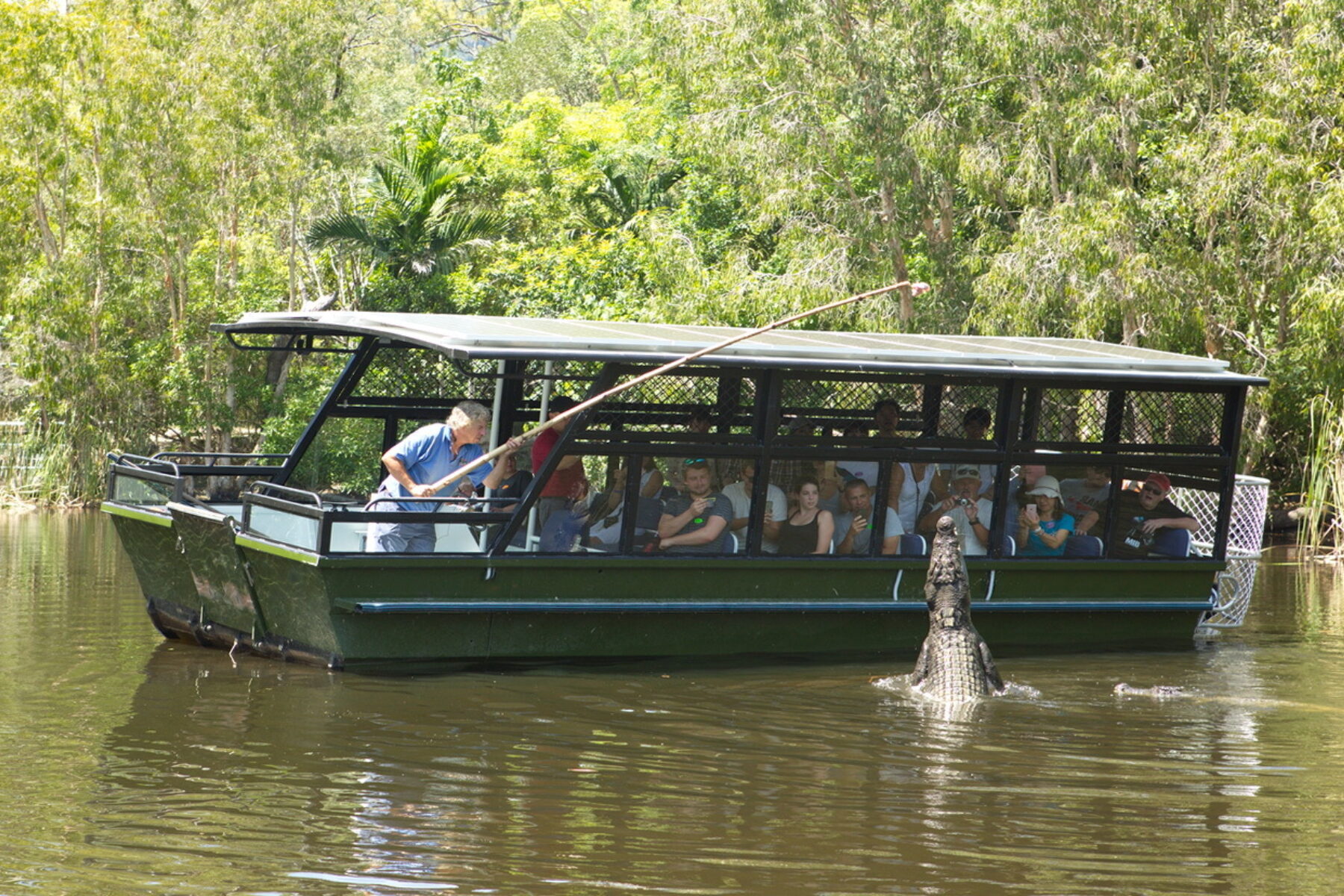 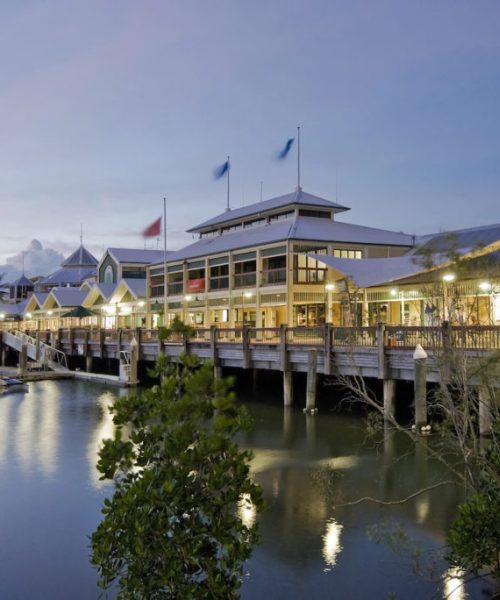 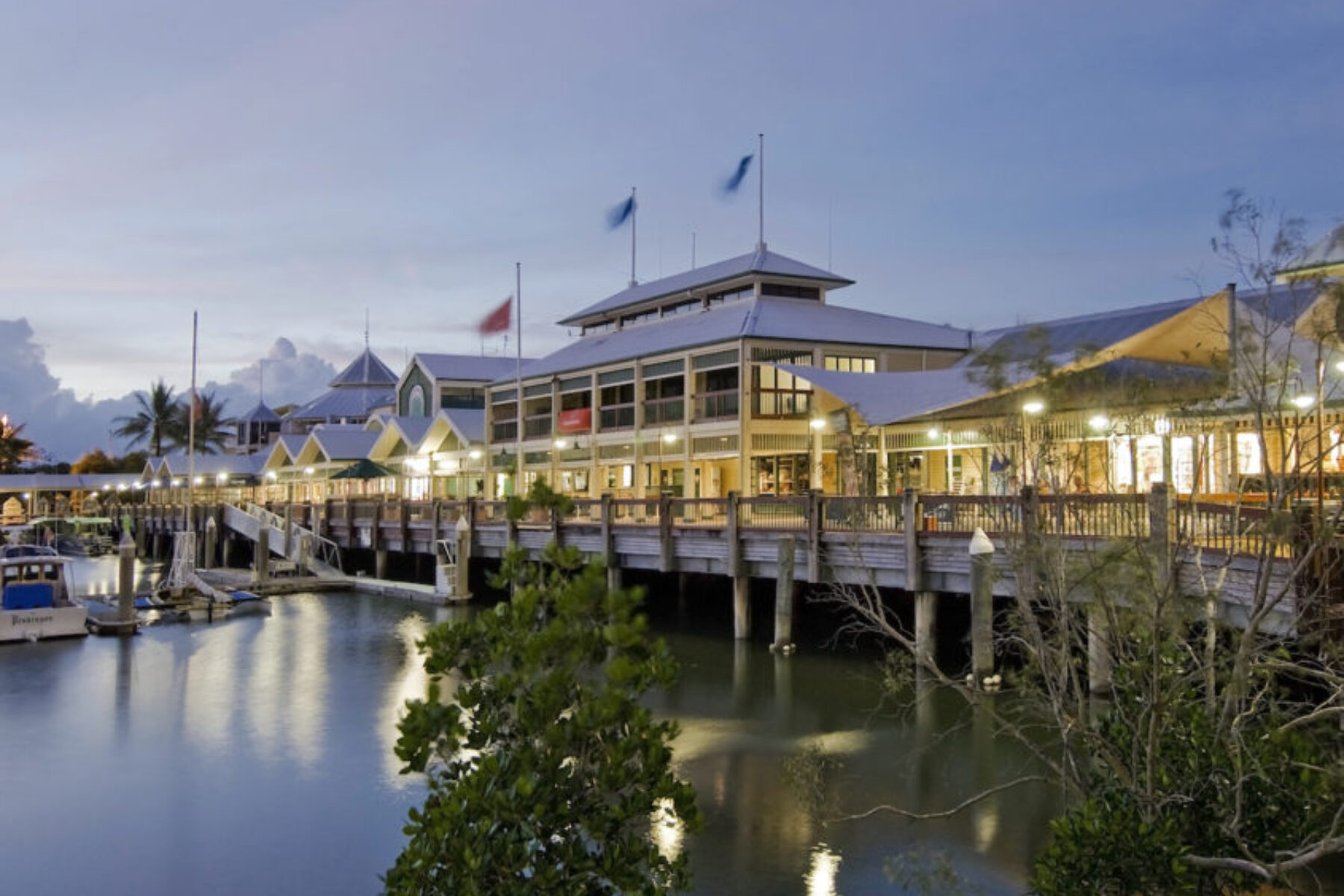